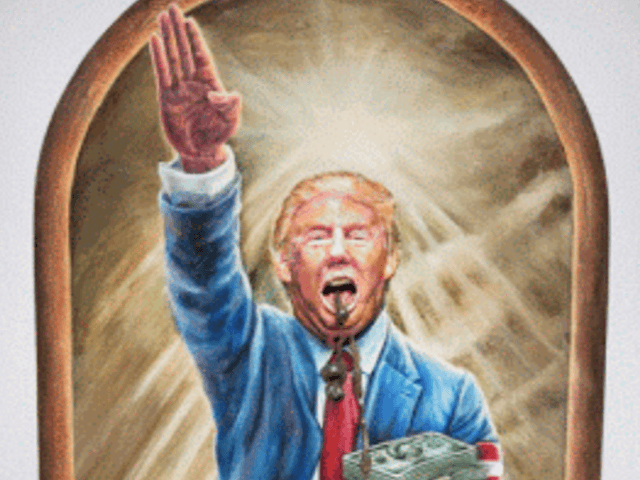 Donald Trump, in an interview yesterday with a reporter, referred to we, American citizens, as “.. I would like my people” “to stand up” when he wanted them to show obedience just like the North Korean people do for Kim.  That is a dictator talking about his role after he has taken power in a coup. He means YOU!

I was going to write a short piece on this theme but then it occurred to me that many of our readers could probably do a better job at it that a 94 year old. So here’s your chance. TCP is inviting all of our readers to submit their views on A VERY AMERICAN COUP in an essay of 5-800 words. We will run all of the submissions that meet the criteria of fact based. Don’t be afraid to show your emotions of living in a ‘post coup’ country. Send us an email at: editor@contraryperspective.com.

Get it off your chest even if you haven’t done this before.  b. traven

5 thoughts on “A Very American Coup”