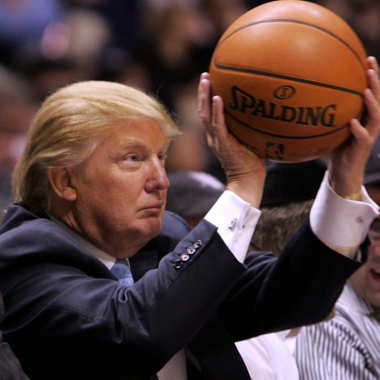 Commentator Stuart Lyle writes about the “game” of democracy.  There are plenty of instances in recent history of democracy being “gamed.”  The mechanisms of electoral democracy were used by the Nazi Party in pre-World War II Germany to gain power, as by the fascists in Italy.  When one of the dominant US political parties successfully ignores the rule book – the Constitution – refusing to confirm Supreme Court justices, it illuminates how fragile democracy is.  Will US democracy withstand the likes of probable Trump appointees, Palin, Guiliani, Gingrich, or Christie?  Lyle argues that it is up to progressives to seize the initiative, harnessing the forces of discontent that have been unleashed. – Ed.

Like boxing or football, democracy is a dangerous sport.  Outcomes can be unpredictable or easily corrupted.  With Tuesday’s outcome so unexpected, many progressive friends are in despair.  All that they have worked for – civil rights, woman’s rights, a brake on corporate power, etc. – appears in tatters.  Some have rushed to call the outcome of the Presidential election, “unthinkable,” because their team lost.  Now, a pussy-grabbing, authoritarian real-estate con artist is President Elect.  Hard to imagine a worse scenario…

It would have been better if the election had gone to someone who resisted the elitist steamroller of trade pacts that have eviscerated the American middle class.  Someone who, unlike Clinton or her ilk, forthrightly called NAFTA, TPP, and TIPP out for what they really are: give-aways to international capital.  Heartily supported by the Republican and Democratic establishment, only a few have been willing to voice criticism.  Bernie Sanders comes to mind, as does, er, Donald Trump.

Yes, Trump.  He may be a misogynistic devil, a racist, and proto-fascist bigot, but he also articulated some things that all too few in the mainstream have been willing to say.  Will he support abortion rights, as in the past he has said he would?  Will he really work to undo NAFTA?  Will he take on the gun lobby (again, in the past he has not shied from such a stance)?  Will he work to reform election financing rules (remember, he is not beholden to the “big-money” interests that invested so heavily in Clinton and Trump’s Republican opponents) and introduce Congressional term limits as promised?

He may or may not do any of these things, but there has been an undeniable anti-establishment, even progressive, thread to his rise.

But whether or not the older, more liberal Trump emerges in the White House, there is at least one thing for progressives to celebrate: a non-establishment candidate just wiped the floor with the establishment shill.  That is democracy at work.  The outcome, and the eventual downstream impact, may be painful and anything but progressive, but for anyone paying attention to the political dynamic at work, it shows that Bernie Sanders need not be just a glitch in the unrelenting forward march of the Clintonites to turn the Democratic Party into a cash machine for wealthy “liberals.”  Trump, even more than Sanders, has shown that there is an opportunity to overturn the elites’ dominance of the political process.

It is a dangerous game, however.  Whining about the Clinton loss and blaming all things bad on Trump is a losing strategy.  It leaves the initiative with the most retrograde on the right who have supported Trump all along. Even worse, demonizing Trump supporters, as with the parallel attacks on those who supported Brexit in the UK, shows a profound misreading of the underlying political currents.

But with the likes of the Democratic National Committee’s former Chairperson – and Clinton campaign co-chair – Debbie Wasserman Schultz, finally shunted out of the way, it is high time to clean house in the Democratic Party, and the progressive left in general, by bringing in a new team that is not afraid to articulate the hopes of the disaffected, many of whom are bound to be disappointed by the lack of progress during the Trump reign.

This latest election has temporarily untethered democracy in America from the grip of Wall Street and the global elite.  Where it goes from here is a game yet to be played.  Time to support those, like Elizabeth Warren, who have signaled that they are ready to take to the field to push for a fairer deal for a larger proportion of the population.  Others have already taken to the streets in what will hopefully be a sustained movement to deaden both the impact of forthcoming assaults on civil rights and the efforts by an emboldened and regressive Congress to tip the balance further toward the wealthy.

7 thoughts on “American Democracy in Play”