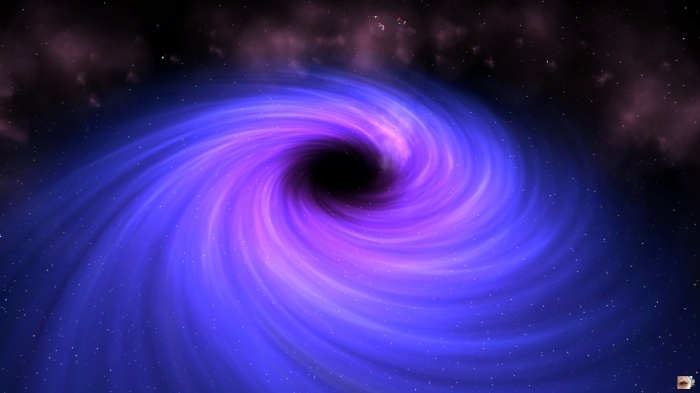 Christina Borjesson’s 2013 doc about TWA Flight 800, a really good movie, has journalists talking about black hole issues in journalism and how the Flight 800 story was one. No matter what any of these journalists did, none of their journalistic efforts yielded any light on that story—it was like all light got sucked into the story and disappeared. The journalists, or at least their careers in journalism, got sucked in and disappeared too. Journalists don’t talk that openly about black hole stories as they are one of journalism’s ugly out in the open failures.   But they are out there and there is no shortage of them. Out at UT I recently ran into one of the biggest ones there ever was. I escaped injury but my encounter with it did leave me justifiably pissed off. Particularly as we are now today living through an almost identical repeat of it, one that is going to turn out badly for us, soon.

Steve Coll, former Washington Post foreign correspondent, now Dean of the Columbia Journalism School, spoke recently at the University of Texas (UT). He was giving a talk about the war in Afghanistan, based on his book Ghost Wars, a book well worth reading on U.S. policy/war-making. In the book he mentions, almost as an aside, how the Saudis turned their oil taps full-on in 1985 at the request of the Reagan administration. The objective, a successful one, was to cripple the Soviet Union’s economy by crushing their foreign exchange earnings by reducing the price of oil. The USSR/Russia’s main and almost sole source of foreign exchange earnings (then and now) was from oil sales, and reducing the price of oil from $30-something a barrel to $7/bbl—well, anyone can figure out how much that will slash foreign exchange revenues for an oil exporter.

A fair chunk of why the Soviet Union failed when it did had to do with this decision by us and the Saudis, as the Soviet economy couldn’t survive without foodstuffs and technology both from the west, and these had to be paid for with oil earnings.

I’m from Texas and I pay hard attention to politics and energy both, and I’d never heard any of this before I read this throwaway line of Coll’s in his 2004 book. Jesus. Most of the U.S. does not remember, if they ever knew in the first place, the oil bust here in Texas in the 1980s. The slide in oil prices from $40/bbl in 1980 to $30-or so in ‘82 ended the oil boom and hurt the oil business a lot, but the slide in the mid-80s to less than $10/bbl crushed the entire state economy.

And not just in Texas, but throughout the tri-state region of Texas, Louisiana, and Oklahoma. That region lost more jobs in oil than the entire U.S. lost since 1970 in both steel and autos combined. While there were lots of boo-hoo stories in the national press about the death of the rust belt economies, there was hardly word one about the oil bust and how bad it hurt this region.

One example–my ex-employer, Cameron Iron Works, went from 4400 hourly employees in their Harris County operations (Houston; they had operations in 7 other locations worldwide at the time) in 1981 to around 700 in 1987. Jobs evaporated not just in the oil-related industries; they evaporated, like ripples in a pond, everywhere across the state.

When I spoke to Coll after his talk, I asked him why it had taken two decades for the cause of the ‘80’s oil bust to make it into print, for the first time ever, in his book. I’d never for all those years ever heard of the cause of the ‘80s oil bust being our strongarming the Saudis into turning their taps on full to destroy the Soviet forex earnings and thereby their economy. Dean Coll was evasive and answered that no one in the Washington news media knew what was going on then.

My question caught the interest of a Daily Texan (student newspaper, UT) reporter. I filled her in on the oil bust, which happened before she was born, and was something that she’d never heard about or learned in school. I pointed out to her that here major governmental policies that affect the lives of millions of Americans were getting made with no Congressional input, and without a lick of coverage or oversight by the press. Here we had a major policy that caused great economic hardship to millions of Americans, for years, that changed the course of events in Texas, and it was largely ignored by the press and academe, then and now.

The USSR was already dying (see Emmanuel Todd’s excellent and prescient 1979 work, The Final Fall)*, so were the domestic social and economic hardships of the oil bust worth making it happen a year or three sooner? Isn’t there something terribly sordid about three nasty old men—King Feisal, Bill Casey, and Ronald Reagan—making a decision this big and ugly for all the rest of us, and keeping it hidden from everyone else in this country, hell the entire world?

Just how professionally incompetent and unfit for its job is U.S. journalism to miss a story like this for more than two decades, and then shrug their shoulders about it afterwards like Mr. Coll, Dean of the Columbia School of Journalism, did to me?

And god-damn if it isn’t happening again right now, and nobody is talking about it this time either. Hell, the Saudis turning their taps on full, driving the price of oil down, doing it again at our behest for the exact same reasons of state, to destroy Russia’s forex earnings because, because, because we are still pissed off at the Russians despite our winning the Cold War?

Why is U.S. journalism letting itself be fooled again on the same story, the same huge story, twice in my lifetime? And this time the oil bust is going to do more than destroy the TX/LA/OK economies, North Dakota’s too nowadays.  This time the entire U.S. financial system, once the funny-money financing of the fracking boom crashes and brings everything else down with it, is going to unwind.  That’ll be fun—major financial system failure yields depression in every economist there is’ book.

The reporter liked all this, and agreed with me that this was a great story. I gave her my contact info and left. The Daily Texan never ran word one of it. Their reporter, Eunice Ali, never answered my e-mails requesting fact-checking help for this article, either.

Our universal failure to acknowledge the existence of journalistic black holes, and our failure to study the painfully obvious ones, like the Great Oil Bust of the ‘80s, and our current re-running of it again right now, is nothing less than a matter of life and death to us as individuals, as a country, and as a working democracy. Our leaders’ playing in the darkness of a journalistic black hole the way they are now, with the real and likely consequences of an economic collapse, is a recipe for a disaster for everyone.

Even running at the speed of light, you can’t escape from black holes, America. Especially when you refuse even to acknowledge their existence.

*Todd also wrote a similar book about the USA, After the Empire: The Breakdown of the American Order.   He used the same analytical tools on the US as he used on the USSR in his ’79 book, and reached a similar conclusion about a similar impending fate for the USA. His book suffered in the marketplace of commerce and ideas both by being released stateside just in time for 9-11. This book is a must-read.