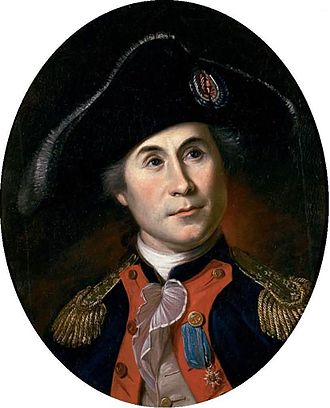 In 1959, retired Rear Admiral Samuel Eliot Morison wrote a Pulitzer Prize winning biography of naval commander, John Paul Jones.  Jones was probably the most provocative, shrewd, and aggressive Revolutionary War commander, helping secure the independence of our country from Great Britain.  Although born in rural Scotland, Jones was apprenticed at age 13 on a sailing ship that traded between the British Caribbean islands.  By 21, he was Master of large trading ships on the same routes.

On his way to his mastery of the sea, in 1764 at age 17 he shipped as Third Mate on a “blackbirder” slave trading ship between Africa and the “New World.”  For the next two years he moved rapidly ahead in assignments and by 1766 was Chief Mate on another slaver, the 30 ton brig, Two Friends.

After two years he lost his desire to be involved in the slave trade and fell in love with the British American colonies.  Morison, in his biography of Jones, tells us that on the way to this vision he made a call in at the island of Tobago.

This is what he found on Tobago: two hundred and forty three (243) whites (Scots and Englishmen) lived on the island with 4716 black slaves!

That little item caught my attention and for the moment I lost interest in Jones and thought about that horrendous fact and contemplated that there must have been a similar ratio in what was to become the United States of America.  Probably in Virginia, Mississippi, Alabama, Georgia, Florida, etc., what became the “slave states,” a small white family might own several hundred black human beings.

John Paul Jones went on to contribute to the successful fight against the British that led to our independence from that country, but those black people remained slaves. As our founders, from the North and the South put together our Constitution those black human beings were only counted as 5/8 of a person, with no civil rights.  They were counted as a compromise to flesh out the population figures of the slave states so that they could exert greater control over the federal government.