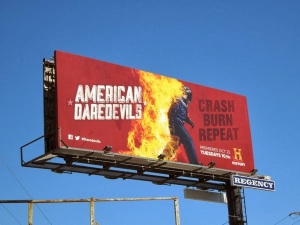 Let’s take a moment to consider failure and its options in Washington. The U.S. has been warring with the Islamic State (IS) for more than a year now. The centerpiece of that war has been an ongoing campaign of bombings and air strikes in Syria and Iraq, thousands upon thousands of them. The military claims that these have resulted in death tolls high enough to stagger any movement. In Iraq, the Obama administration has also launched a major effort, involving at least 3,400 military personnel, to retrain the American-created Iraqi army that essentially collapsed in June 2014. Impending offensives to retake key IS-held cities are regularly announced. In addition, in Syria there is an ongoing $500 million Pentagon effort to find and train a force of “moderate” Syrian rebels to battle IS militants. Despite such efforts, reports now suggest that the Islamic State is at least as strong now as it was when the U.S. intervened in August 2014. If anything, from Turkish border areas to al-Anbar Province in Iraq, it has expanded its holdings. Only recently, its fighters even began to move into the suburbs of Damascus, the Syrian capital.

In an era when there has been failure aplenty for the U.S. military, disappointing results like these have become the new norm across the Greater Middle East and Africa, which undoubtedly breeds frustration in Washington. There have been at least four types of responses to such failures. The first — a more-of-the-same approach — has involved simply stumbling along in Washington’s fog of ignorance when it comes to strange peoples in far off lands. In recent weeks, for instance, an agreement was reached with Turkey to allow U.S. planes access to two key Turkish air bases to attack the Islamic State, while the government of President Recep Erdogan pledged to join the struggle as well. In reality, however, what the Obama administration evidently green-lighted were Turkish air strikes not against IS militants but their own Kurdish rebels with whom they had a fragile truce and who are linked to just about the only effective force the U.S. has found to fight IS, Syrian Kurds. In other words, an additional element of chaos was introduced to the region.

As one wag put it, by attacking the Kurds, the Turks provided the Islamic State with something it previously lacked: an air force. To add insult to injury: according to McClatchy, Turkish intelligence tipped off the al-Qaeda-linked al-Nusra Front that the U.S. was about to insert in Syria a tiny group of 54 “moderate” Syrians the Pentagon had vetted from 7,000 applicants and spent a fortune training. Al-Nusra’s fighters essentially wiped the unit out on the spot. Talk about a cornucopia of failure!

The Obama administration’s frustration over its inability to even dent the Islamic State has led to another version of more-of-the-same. It has now loosed drones from the CIA and U.S. special operations command in an assassination campaign against the IS leadership, the latest version of what Andrew Cockburn has dubbed “the kingpin strategy.” Elsewhere this approach has tended to strengthen, not weaken, extremist movements and make them even more brutal.

As for the second response to failure, call it the “more-plus” approach or finding something spectacularly dumb to do. The most recent example: former surge general, CIA director, and state secrets sharer David Petraeus, a man with a certain following in Washington, has been privately urging the administration that vetted 7,000 Syrians and could hardly find a “moderate” among them to cleave off and arm supposedly “moderate” elements in the al-Nusra Front to fight IS. This proposal instantly joins the ranks of Washington’s what-could-possibly-go-wrong schemes.

And here’s a third response to failure, reported just a couple of weeks ago: military officials moved to staunch the bad news from Syria in the simplest way possible. They evidently altered their intelligence assessments or pressured “terror analysts” under them to do the same in order to provide “a more optimistic account of progress” in the war against IS. The Pentagon’s inspector general is now investigating this possible good-news scam by officials of U.S. Central Command, which oversees the air campaign against the Islamic State. Consider this the equivalent of Senator George Aiken’s supposed suggestion during the Vietnam War that the U.S. should simply declare victory and go home. In this case, however, you establish success in the easiest way possible and then stick around to pursue responses one and two.

A fourth response, as Nick Turse suggests today in his remarkable continuing coverage of the U.S. military’s “pivot” to Africa, is simply to embrace failure wholeheartedly. Counterintuitive as it might seem, this approach couldn’t be more sensible from the Pentagon’s point of view. After all, in our present American world, military failures only ensure that, as things worsen eternally, the U.S. military will be called on ever more, not less, which means more, not less, of everything for you-know-who.

[Be sure to check out the article by Nick Turse that documents more crashing and burning in Africa: “Problem Partners, Ugly Outcomes: U.S. Special Ops Missions in Africa Fail to Stem Rising Tide of Terror Groups, Coups, and Human Rights Abuses”]

Tom Engelhardt is the founder of TomDispatch.com and the author of several notable books, most recently Shadow Government, on America’s increasingly militarized world. His writing, Studs Terkel once noted, hits with the power of “a Joe Louis jab to the solar plexus.”