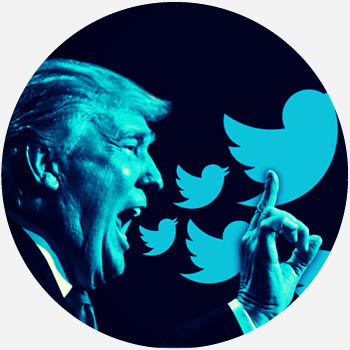 Mainstream news media have worked hard, if unwittingly, to undermine one of the foundations of democracy: a free and critical free press.  It may sound contradictory, but it is the press itself that has failed to grasp the White House strategy that is intended to make the news media redundant.  While conscientiously laboring to interpret the “news” and deliver it in an unbiased way to readers, they have, instead, served as a willing accomplice to “misinformation” – lies – emanating from the White House.

Even as the White House has completely abandoned the time-honored tradition of regular White House press conferences, the media have supinely continued to amplify the compactly sculpted prevarications contained in 140 character tweets.  The press has felt obliged to treat these as news… after all, they were coming from the President of the United States, and therefore, I assume the thinking goes, they carry the weight of the office with them.

Shut out of the White House press room, a place currently just gathering dust, the media has cravenly accepted their second-tier status as conduits of the stream of abuse and madness encapsulated in appropriately named, “Twitter storms.”  They now serve to amplify the reach of those unfiltered, often contradictory, and more-often-than-not brazenly untrue atmospheric aberrations – with no opportunity at all to question the assertions contained within.

What if the media just turned off the Twitter stream?

It’s not really news, and it is impossible to corroborate even who it is coming from.  If the White House wants press coverage, why not insist on a proper press conference?

And instead of covering the tweets spewing from the administration, only cover the responses from sources that are willing to talk to the press, rather than hiding behind a digital wall?

A “free” press that is unable to verify sources and unable to ask critical questions of those sources is not doing the job that is required to protect our democracy.  They are aiding and abetting a new dictatorship and hastening the end of the 200-year-old American experiment with democracy.