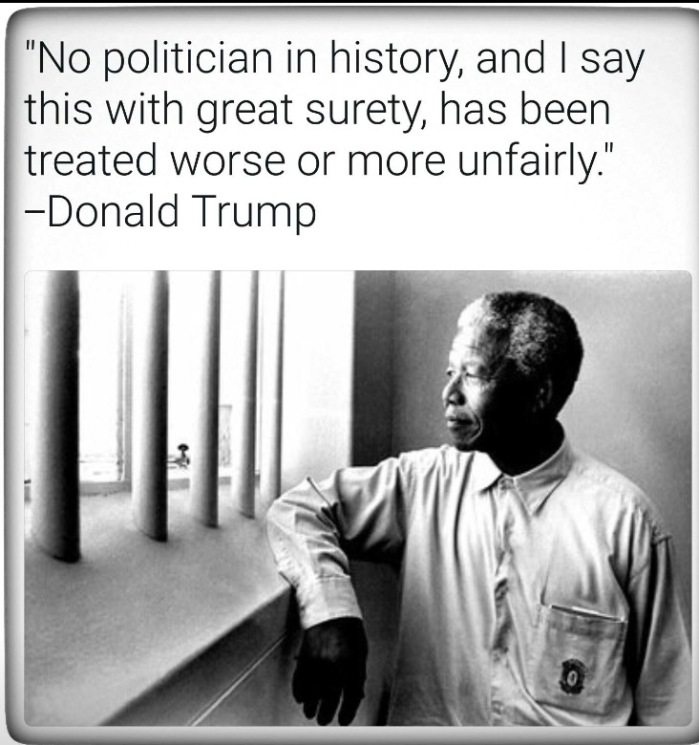 Whereas Trump was referring to himself, the photo is of former South African President, Nelson Mandela, pictured during his 27 years of confinement for opposing the Apartheid system.

The quote is the opening statement from  a speech by our ever suffering  President  to congratulate Coast Guard Academy graduates who will be sent on perilous missions to save others lives at sea.

In his suffering to make “America Great Again,” our President apparently does not think that the assassination of Lincoln, McKinley, and JFK rises to the level of his suffering.  And all the time he told us he was a”business man” not a politician.

One thought on “‘Nuff Said”