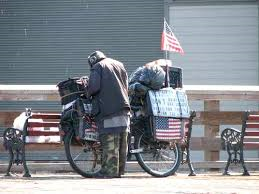 The endless political indulgence of American Presidential elections is an arena devoid of reality like a crowing rooster with his cock-a-doodle-doo.  The presidential campaign crowing  seeks to mold a new reality proposed by presidential roosters and now hens.  Oh, for a political election process lasting 90 to 120 days with debates costing candidates nothing on public airwaves instead of years of roosters crowing. So easy to do, but the political class is unwilling to remove the billions of dollars out of political process.  Money is more important than the political process itself.  Money has become an essential part of the political process like one’s credit rating which implies one’s ethics for jobs.

The devastation of the Iraq and Afghanistan wars consuming enormous blood and treasure is missing in the presidential elections as a focus of discussion.  Not one question from the established press on the lessons of these fiascoes costing trillions of dollars and millions of lives lost and maimed.  The American Empire with its obedient and profitable press avoiding failures, quagmires, failed policies, harmful legislation and glaring mistakes.  Or it covers a transgression in a nano-second prior to profitable commercials on television news.

The reality of the U.S. political system is to protect itself and its prerogatives at all costs.  Each party wants the ability to legally amass wealth in the easiest possible way, like allowing political figures who drift in and out of the political system to “earn” millions of dollars by just making speeches to corporations or influential organizations and wealthy individuals “donating” millions of dollars to their campaigns.  You see, it is about the money one way or another.  And of course the money will never unduly influence them.

Look at the state of the nation:  health care costs crushing the middle class, neglected public infrastructure throughout the nation, fruitless wars costing trillions of dollars, a government that spends substantially more than it takes in while neglecting the economic health of the nation, providing subsidies to institutions peripheral to the standing of the nation in a game of favoritism for political support while an issue like homeless veterans is neglected.

There is the reality of enormous public funds expended on education while the dropout rate in major cities is unacceptably high is another issue hidden from public view.  The entire concept of accountability in the public sector is anathema.  The result is a political class like a rooster crowing in the morning cock-a-doodle-doo even when his nest is gone and his flock is in disarray.

How to solve the nation’s problems or even identifying problems is ignored to focus on everything but fundamental failures of the nation.  Instead, they glory in the notion of national exceptionalism which is hollow and self-serving for politicians.  Even the concept of neutrality is denigrated in the political process when applied to the Middle East.

U.S. foreign policy and military assistance is based primarily on private profit and favoritism masked as national security.  Legislation has become a victory bestowed on a few at the expense of the nation.  Ethics in politics is like the wind, it comes and goes and nobody sees it.  In American politics truth and facts are friendless while lies are crowded with cash.

Public Air Waves are primarily providing cover and support to whatever government- Democrat or Republican is in power because the status quo is paramount. Corporate media in the run up to the Iraq War removed Phil Donahue from the air waves because his television program was critical of the impending devastation that would be unleashed in the advent of an invasion of Iraq.

How can there be a free press when the mechanism for that freedom is in private hands in a technological age, especially on television news and programming whose owners have vested interests that often are counter to presenting the facts necessary to have an informed citizenry?

Government today often uses public funds inefficiently and ineffectively to support public and private interests at the exclusion of the national interest.  When a government is too large for effective oversight it becomes a rogue within the confines of the public sector.  When freedom of the press is so constrained by laws confining ownership of the public airwaves to corporate interests which undercut the meaning of a free press a nation stands upon a mirage.

The political process is so consuming lasting years for the Presidency it has become a self-serving political and financial endeavor for candidates.  Elected representatives in Congress have allowed the political class unlimited reign in its quest for power stunting and twisting and distorting the electoral process from gerrymandering, limitless cash donations and an endless presidential election cycle as the nation withers like a plant without proper water and nourishment.

A reality hovers over a nation wrapped in vested interests, favoritism and avoidance of chasms of failure led by the political class who use politics as another avenue for access to wealth and privilege.  We have an imperial presidency whose spending is unlimited as presidents travel the globe for meetings and fun.

The governor of Hawaii recently declared a state of emergency to solve the homeless problem on the islands.  He did so because the homeless were adversely affecting tourism.  It was nonetheless a humanitarian act.   With our imperial presidency spending lavishly on itself as permitted by Congress, there has been no elected leadership declaring a national state of emergency for the nation’s homeless.  The nation struts across the world’s stage as superpower declaring its exceptionalism, while reality is discarded.