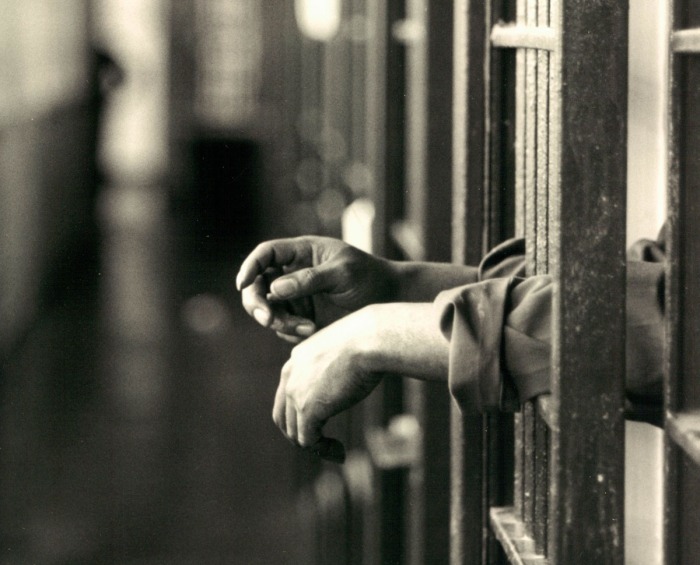 After decades of politicians enacting repressive and vindictive imprisonment policies like “three strikes” and maximum incarceration for minor drug usage, America has become a nation that proclaims its love of freedom while imprisoning more of its people than many of the most freedom-hating regimes in the world.

Peter Van Buren at wemeantwell.com explores this tragedy that, like our perpetual wars, has created more criminality than civility.  Indeed, for what America wastes on the prison-industrial complex as well as the military-industrial complex, we could rebuild and remake all of our schools while giving every qualified adult a college education.

Our so-called justice system, to include the courts as well as the prisons, is racist (see Peter’s article below for race-based statistics). Our nation’s record of vindictive (rather than rehabilitative) incarceration is shameful. Our politicians may make noises about “justice reform,” but like their noises about war defunding, it’s all bark and no bite.

Let’s put prison reform with war defunding at the top of our demands.  A nation that wages war constantly while imprisoning its fellow citizens is not a democracy — it’s a travesty.  b. traven

Our Prisons Are Us, by Peter Van Buren

A society’s prison system mirrors the society. What does America’s say about America?

Some numbers: With only five percent of the world’s population, the U.S. has more than 20 percent of the world’s prison population. America has the largest actual prison head count in the world and the second-highest per-capita incarceration rate (first place is held via a statistical oddity by the tiny Seychelles island nation.) In the U.S., from 1978 to 2014, the prison population rose 408 percent, to the point where the nation is closing in on a full one percent of the entire population being in prison proper. If you include all forms of correctional control –prison, jail, parole and probation — about three percent of Americans are included. The numbers are currently as high as they have ever been in history.

The world’s self-proclaimed freest society is anything but.

And all this comes at a cost: the American prison system runs an estimated $74 billion a year, more than the GDP of 133 nations. A report by the organization The Price of Prisons states that the average cost of incarcerating one inmate $31,307 per year, though in states like Connecticut, Washington state, New York, it’s anywhere from $50,000 to $60,000. That’s a teacher’s salary, or a nurse’s.

Those are the costs. But what does America get for its money?

Not much. Despite locking up more people than any other place on earth, American society remains one of the most violent; there is almost no comparison outside of actual war zones. About the same number of people are killed by guns alone in Miami as in Colombia. L.A. has more gun deaths than the Philippines, Phoenix more than Mexico.

If America’s prison population, 2.2 million people, was a city, it would be the nation’s fourth largest, behind only New York, Los Angeles, and Chicago. But it would clearly be America’s most violent city, a place where residents suffer routine cruelty at rates unlike anywhere else in the country, where they are raped and beaten by both their neighbors and by the officials paid to keep them safe. Some four percent of inmates report sexual assault, while 16 percent say they are physically assaulted. It is plausible to assume unreported incidents keep the numbers low. Like our society, our prisons are terribly violent places.

The U.S. remains also the only Western nation to impose the death penalty. World leaders in sentencing people to death alongside the United States include China, Iraq, Iran, Saudi Arabia, Pakistan and many African nations. Awkward company given the image Americans otherwise hold of themselves.

America has clearly chosen to use its prisons for punishment, not rehabilitation, despite the former most obviously not working. What about elsewhere?

Norway is one of many examples of simply the opposite of the United States. Its incarceration rate is just 75 per 100,000 people, compared to 707 people for every 100,000 people in the U.S. It has one of the lowest recidivism rates in the world at 20 percent. Its prisons are clean, more like dorms than medieval facilities, and seek to prepare inmates for life on the outside with vocational programs. Inmates enter as criminals and emerge as people.

In Japan, the prison population is relatively small, as crime throughout the nation is low. Conditions in prison are harsh, in a military-style way, but there is no danger to prisoners and near-zero inmate-on-inmate violence. The system is clear on its goals: in almost mimicry of Buddhist tradition, prisoners are subjected to austere conditions. The goal is for them to see they have, through crime, been selfish, placing their needs above society’s. They must repent, and then serve their term as penance. Recidivism is around 40 percent, mostly among hard-core yakuza gang members. Most other inmates enter as criminals and emerge as people.

We know — by statistics, by the fear we have inside our urban neighborhoods — that in America inmates enter as criminals and emerge as criminals, often beaten and raped in between. Our society remains the most violent among industrialized nations. Our prison populations reflect the sad racism that still plagues our nation. America must face itself and know that our prisons are us, and cannot be made like Norway’s or Japan’s.

We can’t fix our prison system until we fix us.

12 thoughts on “Our Prisons Are Us”