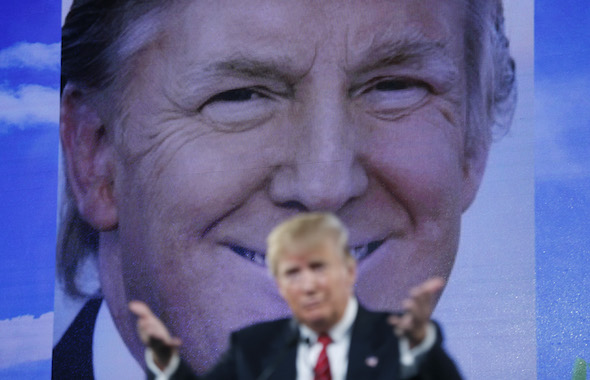 The increase in nihilistic violence such as school shootings and Friday’s lethal assault on a Planned Parenthood clinic, the frequent executions of poor people of color by police, and the rise of thuggish demagogues such as Donald Trump are symptoms of the collapse of our political and cultural institutions.

These institutions, which once made possible piecemeal and incremental reform, which sought to protect the weak from the tyranny of the majority and give them a voice, acted as a safety valve to ameliorate the excesses of capitalism and address the grievances of the underclass. They did not defy the system of capitalism. They colluded with the structures of privilege and white supremacy. But they provided some restraints on the worst abuse and exploitation. The capturing of major institutions by corporate power and the moral bankruptcy of our elites, especially members of our self-identified liberal class, have shattered this equilibrium.

A faux liberal class, epitomized by amoral politicians such as the Clintons and Barack Obama, has led many disenfranchised people, especially the white underclass, to direct a legitimate rage toward liberals and the supposed liberal values they represent. Racism, bigotry, religious intolerance, homophobia, sexism and vigilante violence, condemned by liberal, college-educated elites, are embraced by those who have been betrayed, those who now speak back to liberal elites in words, gestures and acts, sometimes violent, designed to denigrate the core values of a liberal democracy. The hatred is the product of a liberal class that did nothing to halt corporations from driving tens of millions of families into poverty and desperation as it mouthed empty platitudes about rights and economic advancement.

The Republican business elites, which declared war on the liberal class’ call for cultural diversity, allied themselves with an array of protofascists in the Christian right, the tea party, groups such as the National Rifle Association and The Heritage Foundation, the neo-Confederate movement, the right-to-life movement and right-wing militias. The elites in the Republican Party, who needed an ideological veneer to mask their complicity in the corporate assault, saw these protofascists as useful idiots. They thought, naively, that by demonizing liberals, feminists, African-Americans, Muslims, abortion providers, undocumented workers, intellectuals and homosexuals they could redirect the growing rage of the masses, sending it against the vulnerable, as well as against the only institution that could curb corporate power, the government, while they greedily disemboweled the nation.

But what the Republican elites have done, as they now realize to their horror, is empower a huge swath of the public—largely white—that is gripped by magical thinking and fetishizes violence. It was only a matter of time before a demagogue whom these elites could not control would ride the wave of alienation and rage. If Trump fails in his bid to become the GOP presidential nominee, another demagogue will emerge to take his place. Trump is not making a political revolution. He is responding to one.

The corporate state was never threatened by the liberal class’ myopic preoccupation with cultural diversity or the right wing’s championing of supposedly “Christian” values. This was anti-politics masquerading as politics. The culture wars did not challenge imperialism, neoliberalism and globalization. The dictates of the market, the primacy of corporate profit and the military-industrial complex remained sacrosanct. The mounting distress of the underclass was ignored or manipulated during the culture wars. Liberals who embraced cultural diversity did so within a neoliberal framework. Feminism, for example, became about placing individual women in positions of power—this is Hillary Clinton’s mantra—not about empowering poor, marginalized and oppressed women. Post-racial America became about a black president who, as Cornel West says, serves as “a black mascot for Wall Street.”

The preoccupation with cultural diversity, as Russell Jacoby writes in “The End of Utopia,” was nothing more than a call to include a broader spectrum of people within neoliberal elites. It was, as he says, about “patronage, not revolution.”

“The radical multiculturalists, postcolonialists and other cutting edge theorists gush about marginality with the implicit, and sometimes explicit, goal of joining the mainstream,” he writes. “They specialize in marginalization to up their market value. Again, this is understandable; the poor and the excluded want to be wealthy and included, but why is this multicultural or subversive?”

Jacoby argues that cultural diversity among the liberal class represents “power devoid of a vision or program.” He goes on to say that the call by multiculturalists for inclusion within the power structure does nothing to challenge the deadly “monoculturalism” of corporatism.

Jacoby’s point is important. The liberal class failed for decades to decry neoliberalism’s assault on the poor and on workingmen and -women. It busied itself with a boutique activism. It is not that cultural diversity is bad. It isn’t. It is that cultural diversity when divorced from economic and political justice, from the empowerment of the oppressed, is elitist. And this is why these liberal values are being rejected by a disenfranchised white underclass. They are seen as serving the elites, and marginalized groups, at the expense of that underclass.

The academy, the press, the entertainment industry, the arts and religious institutions have been purged of those who do not sing to the tune of neoliberalism and bow before the glories of corporate capitalism. The destruction of the liberal class, something I explore in my book “Death of the Liberal Class,” has created a closed political system crippled by polarization, political gridlock, crushing austerity, unchecked pillage by financial elites and a carnival of meaningless political theater. It has shut out genuine voices of dissent. The failure by liberals to confront or even name what Sheldon Wolincalled our system of “inverted totalitarianism” made them complicit in the destruction of our capitalist democracy.

The gains made by minorities and the oppressed within the society, whether on college campuses or in the workplace, are being rolled back. The culture wars, used by the political and economic elites to divert attention from the ascendancy of corporate power, have escaped from the hands of their manipulators. A destitute working class knows the feel-your-pain language of the liberal class and the Democratic Party is a lie. And it knows the “compassionate conservatism” epitomized by the Bush dynasty and the Republican establishment is a lie.

Republicans, like Democrats, did not prevent wages from declining, unemployment and chronic underemployment from mounting, foreclosures from ripping apart communities, banks from looting the U.S. treasury, or jobs from being exported. The two major parties colluded to pass trade agreements, ranging from NAFTA and the WTO to the now-pending TPP, that impoverish workers and weaken the power of government to intervene to protect the citizenry and the environment. They worked together to strip citizens of constitutional rights and install the most pervasive security and surveillance state in human history. They collaborated with Wall Street to trash the global economy and seize trillions in taxpayer money in bailouts. The two parties funded disastrous and futile imperial wars that enrich the arms manufacturers and defense contractors while bankrupting the nation. They militarized police, rewrote the laws to explode our prison population and destroyed social service programs such as our welfare system, which was dismantled by the Clinton administration. The two parties orchestrated the corporate coup d’état while diverting citizens with the battles over gay rights, abortion, “Christian” values, gun laws and affirmative action.

The country realizes it has been sold out. Most citizens are apathetic and do not vote consistently. Some, especially in the white underclass, are willing to follow anyone, no matter how buffoonish, who promises that the parasites and courtiers will be driven from power. This mixture of rage and apathy is a recipe for totalitarianism.

The hypermasculine values of the military are embraced across the political spectrum as an antidote to paralysis and decay. Toughness and violence are venerated. The obsequious hero worship, the celebration of American power, the sanctification of the military and military values, inflect all political discourse. Hero worship of the military has unwittingly laid the ideological groundwork for demagogues who promise glory, strength, order and discipline. It justifies the emergence of an authoritarian police state.

Half of all Americans live in poverty. They have watched helplessly as their communities have been plunged into distress by the flight of manufacturing jobs and as their infrastructure, both moral and physical, has been ripped out from under them. America resembles the developing world. A tiny, oligarchic elite amasses obscene amounts of wealth while most of the population lives amid boarded-up storefronts, dilapidated houses, pothole-riddled streets, abandoned factories and warehouses and crumbling schools. They see no future. They have abandoned hope. Their despair now infects a shrinking and desperate middle class. Americans feel isolated, vulnerable and frightened. They yearn for moral and economic renewal, revived greatness, and vengeance. And many are desperately hunting for a savior outside the established political order.

The disgust directed at an ineffectual liberalism—as was true in late imperial Russia and the latter days of the Austro-Hungarian Empire, the Weimar Republic and the former Yugoslavia—has given rise to a rejection of liberalism. Liberals and secularists, along with groups such as feminists, African-Americans and homosexuals that were supposedly championed in the quest for cultural diversity, are viewed not as political competitors but as contaminants. This is giving rise to a homegrown fascism—a subject I examined in“American Fascists: The Christian Right and the War on America”—buttressed by the gun culture, a resurgence of racism and sexism and the fusion of the symbols of the Christian cross and the American flag. This American fascism will expand unless there is a radical restructuring to reintegrate dispossessed Americans into the economy. The failure to reverse the corporate assault, the continued expansion of poverty and despair, will accelerate the country’s breakdown. It will ensure the emergence of demagogues who, channeling this rage, will stoke white vigilante violence and call for the state repression of all groups including Black Lives Matter, abortion providers, environmentalists and anti-capitalists that are blamed for the country’s decline.

The perfidious game of the Democrats and the Republicans has backfired. Playing the Democrats’ mantra of cultural diversity against the Republicans’ mantra of cultural diversity weakening the fabric of American society no longer works as a mechanism of control. We have entered a new and dangerous phase in American political life. The ruling political elites have been exposed as charlatans. The rage of the underclass, especially the white underclass, has broken its bonds. The age of the demagogues has arrived.

3 thoughts on “The Age of the Demagogues Has Arrived”