Introduction (updated): In this article Peter Van Buren ( wemeantwell.com) graphically lays out the physical and philosophical ties between Saudi Arabia, a backward, medieval nation-state and the newly proclaimed medieval “caliphate” of ISIS. There is method to Peter’s “Saudi versus ISIS” approach.  By showing how closely they are related – in their beliefs and tactics and behavior – he highlights the hypocrisy of the U.S. government’s strong support of the House of Saud versus its strong condemnation of ISIS.  The Saudis, of course, buy American weaponry in the billions while acting to keep the oil supply both relatively cheap and fairly predictable for Western corporate interests.  Their authoritarian and oppressive regime is thus embraced by Washington.  (Who can forget the photo of George W. Bush holding hands with the Saudi Crown Prince?) 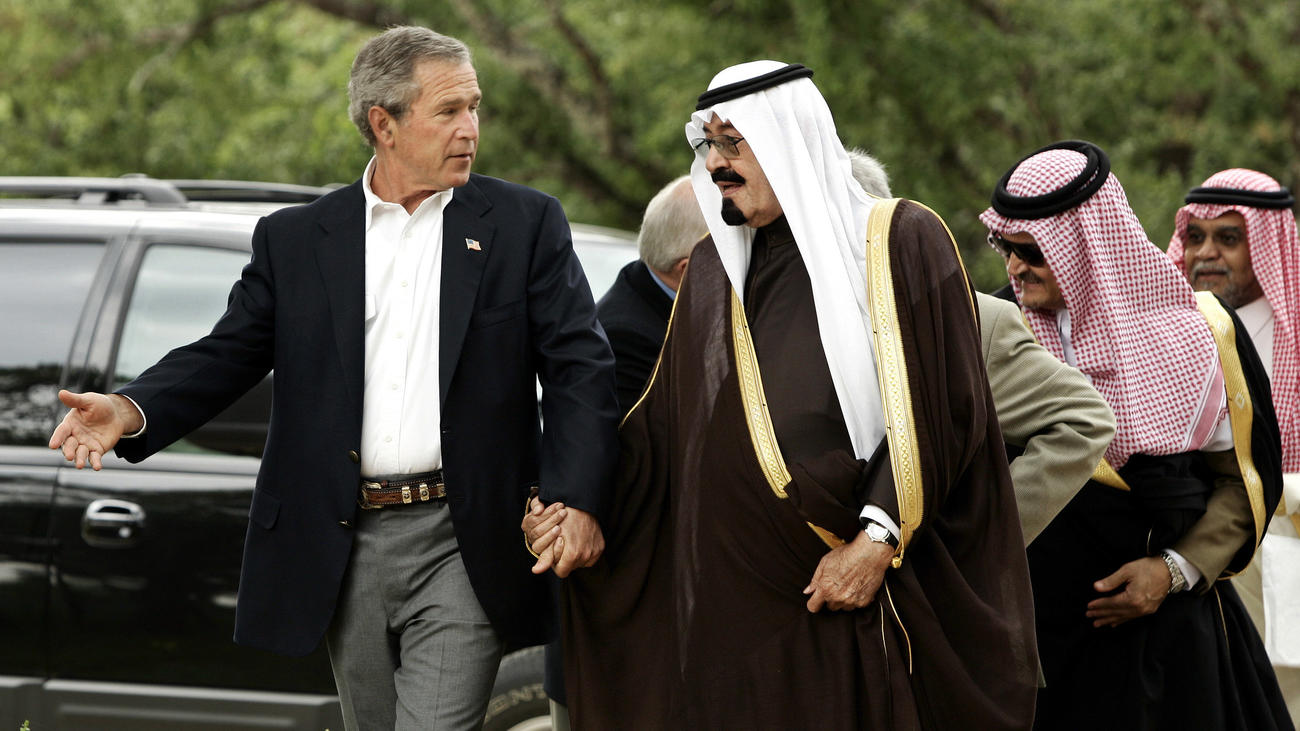 What about ISIS?  ISIS is the product of Saudi Wahhabism, a fact noted by Le Monde diplomatique in the following quotation: “ISIS is merely an avatar of a jihadist Salafism encouraged by the Wahhabism of Saudi Arabia, an obscurantist monarchy that the West has always indulged.”

ISIS is spiritually and financially the spawn of Saudi Wahhabism.  The U.S. government embraces the Saudis even as it professes to despise ISIS.  Why is this?  One answer, as ever, is to follow the money, especially in the global markets for oil and weapons. b. traven

Fun game time. Let’s see who are the most inhuman monsters in the Middle East, ISIS or Saudi Arabia.

— Both ISIS and the Saudis cite the Koran, Islamic teachings (the hadith) and Sharia law as justification for their brutal acts. Winner: Tie.

— Saudi leaders are regularly invited to the White House. ISIS leaders are not. Saudi, FTW!

— ISIS and the Saudis are dedicated to Wahhabism, an ultra-conservative interpretation of Islam. Tie again!

I could go on, but in the interest of efficiency, here, from Middle East Eye, is a handy chart: