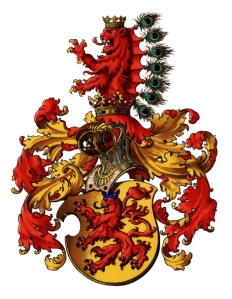 Seal of the House of Habsburg

In my last two pieces (“Why Nothing Works – Parts I & II”), I discussed the failure of software development to support the transactions in daily life dominated by current software foundations.  Further, the misuse of modern software capabilities is having deleterious effects sociologically across a wide spectrum of users, especially here in the United States.

However, one of the most insidious effects of the new software developments in the past 25 years has been the ability to put the globalization of our world’s markets into hyper-drive.  Unfortunately, the process of globalization has reached into every nook and cranny of the lives of those it has affected.  And the United States, being the majority promoter of the globalization endeavor, has seen the transmission of its cultural values, memes, and sociological processes overwhelm other cultures to an extent that many traditional, cultural aspects of societies are being quickly destroyed in the name of profit.

Despite its seemingly modern advent, globalization has been with us since the 17th century along with the subsequent, oppositional reactions (see “The Many-Headed Hydra”; Linebaugh and Rediker).  It is nothing new.  What is new is its effect on cultures around the world.  Early on the development of international commerce (which is all that globalization is) was limited to business itself as new products and business ventures brought commerce to the average person giving rise to the original merchant-class.

Yet businesses today are not just bringing new products to nations around the world as their quest for ever greater profits demonstrates: corporate culture is also infecting and flattening societies as well.  This has been accomplished through the rise of the Internet and the fluid communication abilities it provides, allowing corporations to circumvent many cultural controls that were originally controlled by national governments.  Instead of following prescribed avenues, international businesses can now advertise and sell directly to the world’s markets and consumers.  This globalization of primarily American Consumerism has been the very foundation of cultural changes around the world with the exception of the most resistant of cultures such as China and Russia.

It wasn’t always this way.  In December 1991, only two years after the Berlin Wall came down, my wife and I traveled to Hungary.  Being completely immersed in the Hungarian history at that time, I fell in love with the culture of Eastern Europe.  The historical sense of this world was so sharp that upon arriving at the international airport in Budapest I walked out into a freezing cold blizzard and looked across the tarmac to see through the nearly blinding snow a large, gray, transport aircraft.  It was an aging prop-aircraft and appeared to me like an oversized DC-3.  As I looked towards the rear of the craft a large Red Star of the Soviet Union glared prominently on the tail surface.  I was staring directly into recent history and I was consumed.

For two weeks we were immersed in the traditions of the Magyar culture that had seemingly not been touched by time since the 1950s.  It was an indescribable opportunity to be able to understand how another society lived, especially one forged by Communism.  I was hooked and wanted to return to Eastern Europe and experience the culture again.  So in 1993 we traveled to Vienna, Austria, considered the “Portal to Eastern Europe”… And I fell in love again.

The majesty of this little country was apparent in the people and how they related to their traditions and sense of history.  The great emperor, Kaiser Franz Josef and his beautiful wife Kaiserin Elizabeth (Sisi), were everywhere to be seen in the city’s monuments, shops, and buildings. Their presence could even be felt in the bricks of certain foundations as the seal of the House of Habsburg was imprinted into the masonry.

Year after year we returned to be able to feel that history of a world gone by simply by walking the many 17th century streets.  I could almost feel the presence of the great Emperor with me.

Eventually we established friendships among a small community of people and we were able to feel a little of what it was actually like to live in Austria.  Then something happened.  I am not sure what but on a subsequent trip we could feel something had gone missing.

Progressively, each year, something else had disappeared taking with it another little piece of that connection to the past, only to be replaced by something very sterile, non-descript and hardly representative of the culture Austrians had been so proud of.  Friends began to fall away as they often do over such long distances but it was the closing of a small café that had been in the city center since World War I that told me the outside world was creeping in and that I was losing what I had fallen so in love with.

No longer did we see such sophisticated commercials on Austrian television that they bordered on artistry.  No longer did we see the Austrian cultural imprint in the stores or the uniquely stylist clothing of the citizens.  Americanization had come to Austria, eliminating what made this country so unique in style and presence.

Austrian business began to change along with everything else.  What was once seen as distinctly Austrian was seemingly being replaced by a veneer of sameness that we could easily see in the United States.  And along with it, Austria’s famous “Handarbeiten” goods (made by hand) were no longer readily available in many of the shops we were used to patronizing.  It was now “Made in China” or mass-produced elsewhere across the globe.

In our most recent trip, we returned to Budapest in Hungary on a one-day tour to see how that country had changed since our trip in 1991.  It too had lost its distinctive cultural flair.  Its sense of history, like Austria’s, had been subsumed by the invasion of outside business.  Buda had become a broken-down shell of its former self while Pest, the wealthier of the two cities had taken on the air of nothing more than a US-style “tourist trap.”

In Austria especially, we now felt we had gone nowhere any longer special.  It was as if we were experiencing an American city with the only exception being the language.

Things change… I know that.  Even our apartment house where we rented a flat for our stays was “upgrading” to accommodate the new business style of the city.  From being a strictly European building it was now moving into the international arena with upgraded services.

But one thing at least did not change: The younger Austrian generations were not nearly as hooked on their smart-devices as their counterparts in the United States.  In fact, such devices were in minimal use anywhere we went.

Maybe there is in fact some hope with the young.

Steve Naidamast is a senior software engineer by profession and a military historian by avocation.

5 thoughts on “The Sorrow of Magic Lost”