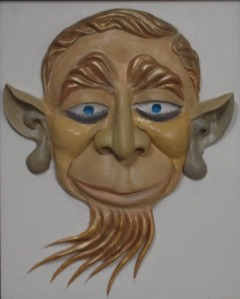 As I believe either Barbara Tuchman or Frances FitzGerald wrote about Vietnam: once a war has gone on for more than a couple of years it can only repeat itself indefinitely. This poem focuses on America’s War on Southeast Asia (Vietnam, Cambodia, and Laos), but it has much to say about America’s current wars in the Muslim Middle East (Iraq, Afghanistan, Pakistan, Syria, Libya, Yemen, etc.). The overwhelming similarities between these wars far outweigh the distinctions without a difference regarding climate, geography, or native languages spoken by the indigenous victims of American Military Misadventurism. As Daniel Ellsberg said when someone tried to claim that Iraq is not Vietnam: “Yeah. Like in Iraq it’s a dry heat, and the language our political and military personnel don’t speak is Arabic instead of Vietnamese.”

Searching for a mystic evil
Ever just a war away
Always beaten, not defeated
Back to fight another day

Battles always won, but cheated
Of the promised victory
Never lost but just depleted
Army of our history

Kill the chicken; scare the monkey
Centipede is dead, not stiff
Off to far Cathay he marches
Soldier diving off a cliff

Burn the village, clear the jungle
Save them from themselves at least
Make excuses for the bungle
Soldier then becomes the beast

Head thrown back in boundless grieving
Mouth agape with soundless woes
Tears and snot now glisten, mingling
Coursing down from eyes and nose

Do not knock this war we’re having
It’s the only one we’ve got
Better dead than red we tell them
Mouthing slogans; talking rot

Ozymandias’ sneering statue
Crumbled in the desert bare:
Look upon my works, you mighty
See their ruin and take care

Note*: Quite unexpectedly, I came across the exquisite phrase: “scapegoats of the king’s ambitions” as a metaphor for soldiers while reading Umberto Eco’s A Theory of Semiotics (Midland Books, 1979). Almost immediately, a synonymous phrase occurred to me: namely, “Hostage to the Prince’s crime.” The rest of the poem just flowed from there.