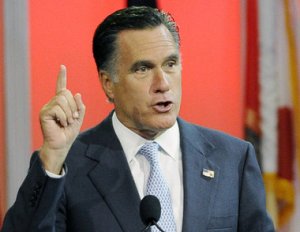 Today’s Democrats do not realize the extent to which the Republican Party, and the media machine that it so expertly operates, have transformed politically emotional energy into pure, purposeful political power. They do not realize that issues no longer count for much in the new reality of American politics. Emotions, and the identification and manipulation of specific political emotions, count for a lot.

How did the founders and leaders of the Modern Republican Party (MRP) create this reality? Perhaps alchemy can offer a clue. Alchemy, in the late twentieth and early twenty-first centuries, is the process of transmuting dross (primitive emotions like fear and tribal belonging) into gold (electoral and cultural dominance).

The first emotion that MRP leaders decided to manipulate and transmute was racial animosity. MRP alchemist leaders formulated the so-called Southern Strategy, a strategy that targets voting rights, entitlements, and other racially-charged features of American life.

A second emotion that MRP alchemists decided to manipulate was patriotism of an especially charged sort, what I term fire-powered patriotism. In the 1960s, early leaders of the Modern Republican Party began to wear American flag lapel pins as a visible sign of their loyalty to God and country.  Now we have Democrats like President Obama who go everywhere with their own flag lapel pins, tiny shields to deflect Republican charges that they do not sufficiently love America.

Combining the three emotions of racial animosity, fire-powered patriotism, and rigid religious certainty, the Modern Republican Party has completely transformed American politics, so much so that Democrats have themselves adopted many of the policies of the MRP. The result has been the visible decline of democracy in the United States, as politics is more and more the identification and manipulation of political emotions, rather than participation in imperfect, but fundamentally rational, discussions about how to identify and resolve the problems that exist in the American democracy.

As a catalyst that accelerates the power of these three emotions, the modern media machine has been especially useful to Republicans.  The modern media machine has transmuted an inexperienced, not very bright, former Alaskan governor, Sarah Palin, into a political sage who is widely respected today by conservatives across America. It transmuted President Clinton’s dalliance with Monica Lewinsky into a constitutional crisis every bit as insidious as Richard Nixon’s massive disregard of law and order during the Watergate years.

Leaders of the Modern Republican Party realize that the “news” produced by the Modern Media Machine can transform elections by stimulating emotions. The hysteria surrounding the Benghazi embassy is designed to weaken Hillary Clinton in 2016. The story of Elian Gonzalez in the presidential election year of 2000 was designed to win over the Cuban community in Florida, thereby ensuring George W. Bush’s election as president. It is not hard to imagine how Republican media manipulators would have transmuted the story of the tragedy of September 11, 2001, if Al Gore had been president. The true story of a (possibly) preventable attack by maniacal criminals would have been transmuted into a Hell of incompetence and irresponsibility, perhaps even treason, blamed on insufficiently patriotic and less-than-god-fearing Democrats.

To recap, Republicans have channeled the emotional energy in racial animosity, fire-powered patriotism, and unbending religiosity, and have used the energy to convince many voters that Democrats are entitlement-friendly, America-hating, and godless.  They have operated the modern media machine so that it has created false realities and false equivalencies (Clinton’s crime was worse than Nixon’s; Benghazi is Hillary Clinton’s 9/11).  And how have Democrats responded?  With incomprehension.

To understand this, we need to turn from the world of alchemy to that of music.  Much like sophisticated people of the eighteenth century who deeply appreciated the music of Mozart, but who would have no conception of how to appreciate the music of Stravinsky, Democrats are lost when listening to Republican political compositions.  So what do they typically do?  They try to create their own Stravinsky-like music, without understanding the essential changes that occurred in the time between the creative lives of Mozart and Stravinsky. Lacking the emotional fire of the Modern Republican Party, and having set aside their own tradition of progress, Democrats have tried to imitate Republican political music, and have watched their efforts fall flat.

To return to alchemy, the MRP’s transmutation of emotional dross into political gold is continuing. Will the Modern Republican Party be able to finish the process that medieval alchemists failed to finish, and turn dross into gold? Or will the American democracy be able to set itself upright once again, and create political harmony and political progress?

The answer is dangerously, discordantly, murky.

Matthew Jacobson is a lifelong student of the history of American politics.

14 thoughts on “Republican Political Alchemy and the Disappearing Democratic Party”