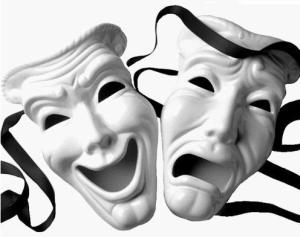 Listening to pundits in the last two days, both on mainstream as well as on alternative TV networks, on the death of Robin Williams has been very disappointing. I keep hearing that his suicide was the result of a neurological disease—that is, a diseased brain.  He couldn’t help himself because he was “sick.”  If Williams’ brain was responsible for his suicide, it suggests he was suffering from a mental disease that couldn’t be treated by psychoanalysis, Gestalt psychology, humanistic psychology, or behavioral psychology.

But isn’t there another way of explaining why people commit suicide?

What you don’t hear on the news and talk shows is what the Hungarian psychiatrist, Thomas Szasz, called the “problems of living” as the primary if not the only cause of the so-called sick mind and abnormal personality. Both Szasz and the Scottish psychiatrist R.D. Laing argued that to understand what our social institutions call “mental illness”—nowadays, neurological illness—one must empathize with the experiences of others. One must attempt to relate one’s own thoughts, perceptions, desires, ideas, feelings to the conscious experiences of the other, the other’s stream of consciousness.   That includes events in the everyday world.  If we are to access as well as assess the reasons why a person commits suicide we must, they claimed, attempt to identify phenomenologically (experientially) with the other.

Suicide is then seen as a response to, in some cases at least, an intolerable set of conclusions about one’s position in the world. Those positions include intractable physical pain, despising one’s own failures (perceived or real), and not being able to withstand the “slings and arrows of outrageous fortune.” Following Hamlet, why can’t the person contemplating suicide just see life as a “to be or not to be” proposition? In that case, could “not to be” be a healthy conclusion?  From that perspective, committing suicide can be regarded as a rational act – perhaps even a courageous one.

I would audaciously assert that one’s assessment of societal injustice and suffering at home or abroad could contribute to suicide, especially if one sees no immediate answer or solutions are not seriously discussed by political leaders. The social work profession and clinical psychology accept job burnout as a normal process, treatable by vacation, retirement or finding a new job. Why can’t suicide be, as a classmate of mine once called it, “taking a vacation from the universe”?  Moreover, there is never word from the mainstream media and alternative networks about life after death, reincarnation, heaven. Perhaps those who seek suicide have had a glimpse of that alternative and see it as viable escape from the misery in their everyday lives.

From a social-psychological perspective, however, I would strongly assume the suicide rate would decrease in any culture if there was widespread social justice, meaningful jobs for all who wanted to work, and less emphasis on the competitive lifestyle—be it in education, sports, business, social relations, or physical appearance.  The cause and effect relationship between suicidal behavior and life’s circumstances—unrequited love, for example—is well documented. A brain “illness” has nothing to do with it. In fact, Eastern mystics and, today, quantum physicists, consider the brain to be an epi-phenomenon of consciousness, not the other way around.

As we know, suicide is considered to be a sin, according to some faiths. Hell is the ultimate punishment. Life is a gift from God, the greatest blessing. While others can morally and legally take our lives, such as soldiers in times of war or police officers in the line of duty, to kill oneself is generally regarded as an immoral act by religious believers and non-believers alike. And if not an immoral act then certainly an irrational act, the act of a deranged person who is obviously (mentally or neurologically) “sick.”

Yet, does suicide have to fall into any of these categories?  Can’t committing suicide, although we may not exactly cherish losing a loved one who does so, be as rational as slowing down to avoid a fallen tree in the road?

Reports in the media indicate that Robin Williams struggled with depression. We always saw him as an ebullient funny guy, but it appears that was just one of his characters, a mask he wore in public. In private, he struggled, like all of us do.

Perhaps, to borrow a line from those Viagra ads, he had “reached the age of knowing,” knowing that for him it was better “not to be.” He wasn’t sick; he was simply ready to move on.  He made a mindful choice, in other words, to end it all.

If so, why is the media so quick to associate his suicide with sickness? Is it because we collectively fear pondering the implications of healthy minds making rational decisions to auto-destruct? Isn’t it OK to be as mad as hell, like Peter Finch’s character in Network, and to decide you’re not going to take it anymore?

Richard Sahn is a professor of sociology and a Contrary Perspective regular.

7 thoughts on “Suicide: The Brain versus The Mind”