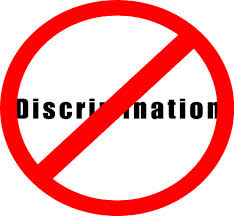 I am a sinner with a criminal past.

Since the statute of limitations has run out (I hope), I confess that as a kid I once or twice shoplifted the local dime store, swiped a 78 rpm platter at the record shop and even snuck into a movie now and then. Later ingested an occasional illegal drug. Never caught. The only time I was actually arrested and tried, I won the case and later a false-arrest suit.

Sins? I have broken several of the Ten Commandments, which I will not detail, but yes, coveting some neighbor’s wife was among them, to say nothing of frequently taking the Lord’s name in vain. I still swear a lot.

What brings forth these confessions is wondering what if I tried to buy a pair of shoes but the shop owner refused me, saying his religious views prevented him from doing business with a self-acknowledged thief. What if I was denied service in a restaurant because the chef’s religious views conflicted with serving a multiple sinner?

Could those businesspeople be permitted to turn me away because of their religious views?

Years ago in the South (perhaps even elsewhere today) the bible and religious beliefs were used to justify laws and deeds preventing “mixing the races.” There were also documents called restrictive covenants that forbade the sale of some homes to Jews such as myself.  It seems to me religious beliefs were cited in justifying such anti-Semitism. The covenants eventually were found unconstitutional, as were Jim Crow laws in the South.

I have to ask whether the invocation of religious beliefs in those instances were genuine or simply an excuse for prejudice—and, if they were genuine, were the federal and state laws that eventually nullified them a restriction of the right to practice one’s religion?

The questions arise because around the nation secular businesses are being sued for denying products or services to same-sex weddings, while in Arizona a law is pending that would permit businesses to refuse service to LGBT couples—all on the basis of the proprietors’ personal religious beliefs.

Similarly, there are cases pending before the US Supreme Court where secular businesses are refusing to let employee insurance policies cover contraception, again because of the owners’ beliefs.

No one denies businessmen like the owner of Chick-fil-A the right to speak out, but this goes beyond free speech rights. No clergy can be forced to perform gay marriages, any more than Catholic hospitals can be forced to perform abortions. But why should the beliefs of secular business people, licensed by states or municipalities to serve the public, over-ride the legal or constitutional rights of others? Same-sex marriages are legal in more than a dozen states and still expanding. Contraception is legal everywhere.

It’s extremely touchy when people claim religious rights are being infringed, but as an ACLU spokesman said recently, religious freedom “is not a blank check to harm others or impose our faiths on our neighbors.”

A long-time political strategist (now retired), Don Rose is part of the conscience of Chicago and (we’re honored to say) an occasional contributor to The Contrary Perspective.