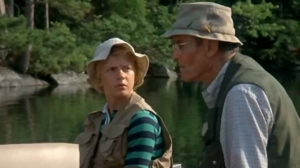 Daddy, who won all the wars the USA has fought since World War II?

Well, son, there is some debate about that.  Our government likes to tell us that we won them because we are “exceptional” but there are serious questions about who really won. One thing is clear, though: When we wage war on weak, close, and puny countries like Grenada or Panama we always win.  But, son, let’s take a closer look at our “exceptional” efforts to save the world for the American Way since 1945 when WW II ended.

Korea.  Who won? Well, we first have to look at how that thing started. The official story is that the North Koreans invaded the South first.  But after the Tonkin Gulf lies (see below, “Vietnam”) there was evidence at the time that it may have been the other way around.  Syngman Rhee, the military dictator of South Korea that we installed was very anti-Communist and some reports said that he made the first move.  But who really knows?

Anyway, we poured troops in and our imperial General Douglas MacArthur really wanted to show how exceptional we were by launching a direct attack at Inchon in the North and humbling China.  Rumor had it at the time that he had fantasies of continuing on into China to show them the American Way.  Our troops got as far as the Chosin reservoir near the Chinese border and the Chinese began pouring troops in and we retreated disastrously back to the original border where the war started.  We lost more than 54,000 men and the war ended in a stalemate with both North and South Korea still living under dictators, but one was our dictator.  So that’s a win for us, right?

We still have tens of thousands of troops in permanent bases there and fortunately the South Koreans were able to free themselves from their dictators (the North is another story) and now have the semblance of a democracy, much like ours, where the big corporations pull the levers of power of the political system.

Vietnam.  This one is easy. We lost and everyone admits that.  But over 58,000 dead Americans and something like three million Vietnamese men, women and children were a high price for that debacle. The one thing we didn’t learn in Vietnam was to stay out of other people’s countries.

The Cold War.   Well, we outspent the Soviets on weapons and they went bankrupt trying to keep up with us so it looks like a win.  But wait.  That military spending continued in the good old USA and now we just might follow the Soviets into insolvency (that is, unless the poor and middle class don’t pony up to pay for the luxury of our wars).  The story isn’t over because the worm has turned and now Russia again has an authoritarian ruler who is lecturing us on how to conduct ourselves.  Meanwhile, we still have an enormous military-industrial-Congressional complex that Ike warned us about in 1961.  Half a century later, it’s only grown stronger and more invasive in American life.  That doesn’t look much like victory.

Somalia.   “Blackhawk Down” and a swift retreat.  Need I say more?

Iraq.  Devastation of the country, two million Iraqi refugees, sectarian violence kills hundreds every month throughout the country, and we were kicked out by the Shia “president” we helped install.  About 4500 dead Americans and hundreds of thousands of Iraqis.  So now the Shia are suppressing the Sunnis rather than the other way around but that is an open secret that our government never talks about since they have declared this as another victory for American exceptionalism.  Well, we did get an enormous American Embassy in Baghdad – it’s truly exceptional in an obese sort of way.

Afghanistan.  Pretty much like Iraq except we haven’t been kicked out yet.  Violence virtually every day. A corrupt puppet as president and a devastated country.  It appears that they want to be left free to kill each other rather than have the Americans drop bombs on their wedding parties.  Meanwhile, we’re building an obese embassy there too.

Libya.    We just did “intelligence” and maybe some logistics but we let the French do more of the real dirty work.  So what have we gotten from that, my son?  It’s still a fractured tribal country with an unstable government whose reach seems to be limited to the capital, Tripoli. We haven’t even committed to building a super-sized embassy and we are staying pretty quiet on the increasing instability which resulted in the deaths of four of our embassy personnel. We just snuck out of this one.

Syria.    Thank god, sonny, that Vladimir Putin saved us from another Pyrrhic victory for our exceptionalism.

So, my son, in answer to your question it seems that nobody won.  We wasted our national treasure on these wars and it has left us almost broke, cost us our civil liberties, killed a lot of our young people, and untold millions of people in those poor benighted countries we decided to bring our “exceptionalism” to, earned us the disfavor of most of the civilized world, and created an unstable and hostile world around us.

The best conclusion I can draw, my son, is that all these wars definitely haven’t paid.  That is, unless you’ve been striding through the corridors of the Pentagon or the halls of major defense contractors.

3 thoughts on “Daddy, Who Won the Wars?”