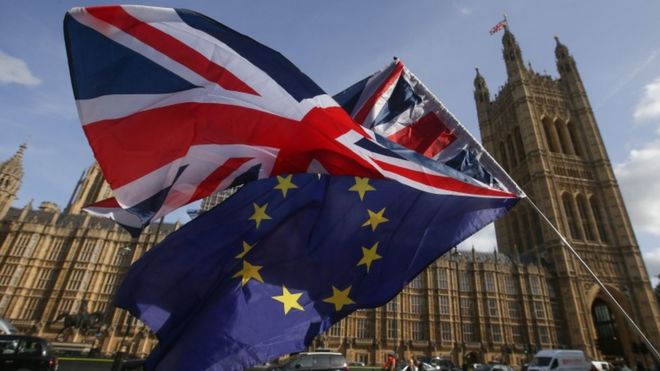 Traven asked an American ex-pat who lives in England to explain what is goimg on in the British Parliament, particularly on the inability of the Tory and Labour parties to come up with a viable plan for Brexit (British exit from the European Union). Leaving the EU will totally disrupt England’s trade relationship with Europe and have a profound effect on their international trade and diplomatic relations.  In travens opinion this tragedy is what happens when the right wingers (tories) have free reign and start pandering to the extremist right as we see in our country today.

Here is our correspondent’s reply.

Both parties are too busy trying to keep themselves from exploding because both parties are riven by Brexiteers vs. so-called “remainers.”  It has paralyzed both parties and, consequently, Parliament.  May never wanted to give Parliament a say in Brexit.  She just wanted to do it and have them accept it, but Parliament forced the government to accept that Parliament would have a “meaningful vote” on the outcome.

Anyone that truly had the interests of the country at heart would work to suspend the Brexit process at this point, one day after May has promised for two years it would happen.  That would give the government and Parliament a chance to work out a real plan.  It is, of course, amazing that the Brexiteers never had any plan at all and that three years after the referendum, no one has really done the leg-work to figure out how to proceed.

I think that some form of Brexit will happen.  It may still take a while, but worse, it will solve nothing as far as the divisions in the United Kingdom.  To the contrary, whatever shape it takes, it is likely to have the result of further dividing opinion.  No matter what form Brexit eventually takes, the Brexiteers will never take responsibility for the harsh results that are sure to follow.  They will only say that the “cock up” was in the implementation.

5 thoughts on “Brexit: Voting was the Easy Part”