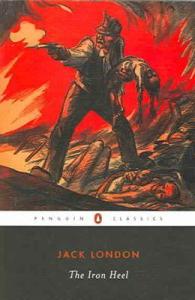 Is it already here in the USA?

A recent article by John Pilger in the British Guardian speaks of a silent military coup that has effectively gained control of American policymaking. It features the following alarmist passage:

In 2008, while his liberal devotees dried their eyes, Obama accepted the entire Pentagon of his predecessor, George Bush: its wars and war crimes. As the constitution is replaced by an emerging police state, those who destroyed Iraq with shock and awe, piled up the rubble in Afghanistan and reduced Libya to a Hobbesian nightmare, are ascendant across the US administration … The historian Norman Pollack calls this “liberal fascism”: “For goose-steppers substitute the seemingly more innocuous militarisation of the total culture. And for the bombastic leader, we have the reformer manqué, blithely at work, planning and executing assassination, smiling all the while.” Every Tuesday the “humanitarian” Obama personally oversees a worldwide terror network of drones that “bugsplat” people, their rescuers and mourners. In the west’s comfort zones, the first black leader of the land of slavery still feels good, as if his very existence represents a social advance, regardless of his trail of blood. This obeisance to a symbol has all but destroyed the US anti-war movement — Obama’s singular achievement.

Strong words. Is America the land of “liberal fascism”?

Certainly, since the attacks of 9/11 the U.S. has become more authoritarian, more militarized, and less free (witness the Patriot Act, NSA spying, and the assassination of American citizens overseas by drones). The U.S. Supreme Court has empowered corporations and the government at the expense of individual citizens. Powerful banks and corporations reap the benefits of American productivity and of special tax breaks and incentives available only to them, even as average American citizens struggle desperately to keep their heads above water.

But to describe this as “fascism” is misleading. It’s also debilitating and demoralizing.

It’s misleading because fascism has a specific historical meaning. The best definition I’ve seen is from the historian Robert Paxton’s The Anatomy of Fascism

For Paxton, fascism is:

A form of political behavior marked by obsessive preoccupation with community decline, humiliation or victimhood and by compensatory cults of unity, energy and purity, in which a mass-based party of committed nationalist militants, working in uneasy but effective collaboration with traditional elites, abandons democratic liberties and pursues with redemptive violence and without ethical or legal restraints goals of internal cleansing and external expansion.

In formulating this definition, Paxton had Hitler’s Germany and Mussolini’s Italy in mind, but his definition is an excellent starting point in thinking about fascism.

What about it? Is the U.S. fascistic? Plainly, no. We don’t have a messiah-like dictator. Our justice system still works, however imperfectly. Our votes still count, even if our political speech often gets drowned out by moneyed interests.

It’s true that, in the name of “support our troops,” we grant the Pentagon brass and defense contractors too much leeway, and allow our Department of Defense to seek “global power” without reflecting that such ambitions are the stuff of totalitarian states. But let’s also recall that our troops (as well as our representatives) still swear an oath to the Constitution, not to a dictator or party.

It’s also true that, as a society, we are too violent, too attracted to violence (think of our TV/Cable shows, our video games, and our sports), and too willing to relinquish individual liberties in the name of protecting us from that violence and the fear generated by it. Yet Americans are also increasingly weary and skeptical of the use of military force, as recent events involving Syria have shown.

The point is not to despair, not to surrender to the demoralizing idea that American politics is an exercise in liberal fascism. No — the point is to exercise our rights, because that is the best way to retain them.

Authority always wants more authority. But as political actors, we deny by our actions the very idea of fascism. For in fascist societies, people are merely subjects, merely tools, in the service of the state.

Don’t be a tool. Be an actor. Speak up. Get involved. Work to make your imperfect republic a little more representative of the better angels of our nature. Because it’ll be your deeds that keep our country from falling prey to fear and violence and the authoritarian mindset they breed.

Astore writes regularly for TomDispatch.com and can be reached at wjastore@gmail.com.  This article is also at Huffington Post.