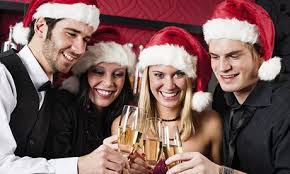 Robert Plant in “Stairway to Heaven” sang that “you know sometimes words have two meanings.” As Michael Murry powerfully shows in his first essay for The Contrary Perspective, nowadays words have innumerable meanings, or simply no meaning at all. And it’s by design. We live, as he memorably suggests, in a world of managed mystification, manipulated by symbols and images that are disconnected from the real, from the vibrant, from the true. W.J. Astore.

Long-time BBC commentator John Humphrys did the cause of communication a distinct favor when he published Lost for Words: The Mangling and Manipulating of the English Language (Hodder & Stoughton, 2004).  An entertaining critique of sloppy and inaccurate language in general, the author truly hits the mark with his focus on deliberate meaninglessness designed and deployed as a corporate-management or political-propaganda tool – what I like to call Managed Mystification.

For example, in his chapter entitled “Words Without Thought,” under the subheading “Bewitching Gobbledegook,” he writes of a university lecturer in English who says:

“You don’t just acquire a reputation by snuffling out a topic that no one has ever heard of, you must also make it hard for your reader to know what you are talking about. There’s no greater way to win the respect of your peers than to write in gobbledegook. The less they understand the more clever they think you are.”

To which the author adds:

“They do it for much the same reason that priests enjoyed speaking Latin to congregations who could not understand a word of it. If people do not understand what you’re saying, they cannot prove it to be nonsense.”

Which reminds me of something F. C. S. Schiller once wrote about the Formal Logic that was taught for centuries at European universities:

“The history of education proves that nothing has a greater hold on the human mind than nonsense fortified by technicality, because the more nonsensical it is the more impervious it becomes to rational objection, the more impossible it is to amend it, and so the better it lasts …”

Or, as the late great historian Barbara Tuchman wrote in The March of Folly:

Dorothy, the Tin Man, the Scarecrow, and the Cowardly Lion (not to mention Toto) discover the wrinkled, shrunken fraud who had managed to intimidate them and everyone else with loud noises from behind a screen. Original drawing by W. W. Denslow

“Exactly so!  I am a humbug,” said the Wizard of Oz.  If only our “wizards” were so honest.

In his chapter entitled, “Who are they kidding?” Mr Humphrys gets further into the distinction between traditional rhetoric (spoken and written) which at least nominally appealed to the intellect versus what former U.S. Vice President Al Gore (in his book The Assault on Reason, 2007) called “visual rhetoric,” or “body language”:

“Rhetoric is about using language to influence and manipulate … The rhetoric the ancients learned includes the great skill of covering up you’re really saying but getting the message across none the less. It accommodates that precious thing politicians crave: deniability.”

But in these post-modern (or post-literate) times:

“We have moved from the skillful rhetoric of Greece and wartime Britain to the language of the marketing men. They, too, use language to manipulate, but it has nothing to do with argument. Words are used – if they are used at all – to conjure up moods, images and subconscious associations in order to sell. The intention is not to persuade us through convincing argument, or even to appeal to our passions. It is to subvert our emotions so that we submit to the message, only half aware that we have done so. And it works – which is why the politicians have adopted some of the techniques.”

Which leads us to the point where:

“A lot of television and cinema advertising – especially cinema – now uses no language at all. It is not even stated explicitly what links the products with the mini films advertising them. The art of using language to persuade has given way to an entirely different skill: combining visual images of beautiful young people doing highly improbable things together in a very sexy way. Words, which give rise to argument, or at least an element of thought, have given way to images which are passively absorbed.”

So we seem to have entered a subliminal rhetorical environment where those who seek to “communicate” with us plan to do so without our knowledge or consent, either through trying to impress us with choreographed physical posturing accompanied by a phony fog of impenetrable jargon or else “entertaining” us into subconsciously identifying with commercial products and brands (including celebrity personalities) whose purchase will ostensibly transform our lives into the fantasy narratives we see moving across glowing movie or television screens.

In other words, Managed Mystification: the carefully crafted destruction of intellectual meaning as a sales and/or propaganda technique – something quite the opposite of what most people think they mean by “communication.” Our educated and literate society — painfully evolved over the course of human history – would appear on the verge of coming unhinged because of this pernicious influence.

Finally, a caution from John Humphrys:

“If we use words without a direct link to our own thought, what we end up with is mere words – just noise – rather than the communication of one mind with another.”

Michael Murry, a Vietnam Veteran, writer and poet, occupies the Asian Desk for The Contrary Perspective.