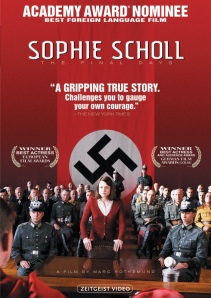 I’ve seen a lot of movies and documentaries about the Holocaust or with themes related to the Holocaust and totalitarianism.  Of the films I’ve seen, these are the thirteen that stayed with me.  Please note that these movies have adult themes; they may not be suitable for children or teens.

3 thoughts on “Thirteen Movies About the Holocaust”