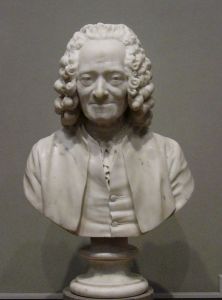 In this brave new world filled with a plethora of digital information there is little use for the real meat of knowledge. There has been a slow dismantling of that love of learning, of examining ourselves and our world and seeking truth, the Socratic tradition of always questioning that fosters humility.

Fortunately, when I was younger, before my eyes tired so easily, I read many books and among them many Great Books. Indeed, at one time, in addition to earning a living, I became a “Leader” in bringing the Great Books program to small groups of adults in the communities where I lived. Here, in a rich atmosphere of inquiry and mind development, I gained many insights that have helped me to see the world as it really is.

These insights also happen to be consonant with the title of our blog. By questioning a premise “contrary” to current popular modes of looking at the world, we gain new perspective.  The current popular mode of thinking is more like that of Pangloss in Voltaire’s Candide, the idea that Everything happens for the best in the best of all possible worlds.  Such naïve optimism is no truer today than it was in Voltaire’s world of pre-revolutionary France in the 18th century.

One delicious insight came to me from the works of the French writer and philosopher Diderot in his spicy The Indiscreet Jewels. He wrote:

If we look through the eyes of experience, we learn that nature placed the soul in man’s body as if in a vast palace, in which it does not occupy the finest chambers.

The head and the heart are the principal destinations intended for it, as the center of virtue and the site of truth, but more often it stops along the way, preferring a hovel, or a miserable inn, where it goes to sleep in perpetual torpor.

As I look closely at our society today, I see too many politicians, religious figures, and some wealthy and not so wealthy folks, whose virtue and truth have not even found a place in a hovel but rather in the bowels of a dank and rat-infested cellar.

Two millennia ago the philosopher Epictetus wrote that No man knowingly does evil.  There are several insights to be learned from this. We have heard George “Dubya” Bush divide the world into good and evil but he felt he was doing great “good” by his evil. That’s it in a nutshell. Stalin, Hitler, and, yes, the whole pack of politicians that are running our country’s perpetual wars don’t see themselves as evil because they believe they are doing “good.”

Combining the insights of Diderot and Epictetus, we learn that virtue and truth, or the soul if you follow Diderot, of too many men reside in hovels, or even lower in that rat-infested cellar of which I spoke.  Confined to that cellar, these men nevertheless believe they are doing good even as they pursue courses of action that are evil.

The lesson is simple yet powerful: You can’t just explain virtue and truth to evil doers whose souls are in the cellar.  Your arguments will not dissuade them.  They see no need for critical self-examination.  They may even claim, like Pangloss, to be fashioning the best of all possible worlds.

Epictetus and Diderot, Voltaire, and many others consigned to history have valuable insights to bring to the empty rhetoric of Obama, Clinton, and a host of Republican wannabee leaders of our once great nation.  Ambition guided by bald ambition does not produce the best of all possible worlds.  Voltaire knew this; so too did Diderot and Epictetus.  We need to relearn their lessons.