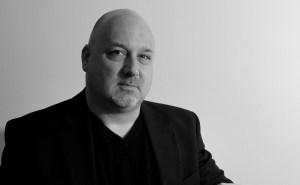 By Peter Van Buren.  Introduction by b. traven.

Peter Van Buren is a former State Department Officer who has an impish sense of humor.  He used that to devastating effect in his book, We Meant Well, on our misbegotten venture in Iraq. For telling the unvarnished truth about his service in Iraq, Van Buren was persecuted, then forced into retirement, by the State Department after more than two decades of service.

If you haven’t read it, read it. Now.

Peter’s inside experience in government and his service alongside U.S. troops in Iraq give him unique knowledge of how things really work rather than how we are told they work. The article below is a poignant excerpt from his book that highlights the futility of our military ventures by focusing on individual tragedy. Suicide in the U.S. military is beginning to get more public attention and the astounding figure that Peter comes up with is that of the approximately 4500 service deaths in Iraq, close to 20% were non-combat suicides.

There is a connection between the hopelessness of suicide and the meaningfulness of the life one is living. In three years of service in World War II, I never heard of a suicide even among those who returned after horrendous combat experiences. There was what was called “battle fatigue,”now called PTSD, but little suicide because as much as we all wanted “out” we know we were “in” for a very good reason. That reason is lacking today as we see Iraq fall apart and Afghanistan continue to be Afghanistan with or without the American military’s presence.

Just plain humanity begs us to tell our politicians “no more!”.  b. traven

Iraq: What They Died For

Over this July 4th weekend, and as I see the images of Iraq’s unfolding civil war, sometimes I think I even recognize a place I had been, having spent a year in the midst of America’s Occupation there, 2009-2010. I was a State Department civilian, embedded with an Army brigade of some 3000 men and women far from the embassy and the pronouncements of victory and whatever bright lights Iraq might have had. I grow weary now of hearing people talk about America’s sacrifices, our investment, the need for more troops or air strikes, our blood and treasure spent to free Iraq, or whatever it was we were supposed to have gone there to do.

So many people say those things. But before another one says another thing, I wish they could have seen what I saw in Iraq. This.

Private First Class (PFC) Brian Edward Hutson (name changed), in Iraq, put the barrel of his M-4 semiautomatic assault rifle into his mouth, with the weapon set for a three-round burst, and blew out the back of his skull. He was college- aged but had not gone and would never go to college. Notice appeared in the newspapers a week after his death, listed as “non-combat related.” Of the 4,486 American military deaths in Iraq, 911 were considered “non-combat related,” that is, non-accidents, suicides. In 2010, as in 2009, the years I was in Iraq with PFC Hutson, more soldiers died by their own hand than in combat. Mental disorders in those years outpaced injuries as a cause for hospitalization. The Army reported a record number of suicides in a single month for June 2010. Thirty- two soldiers in all, more than one a day for the whole month, around the time PFC Hutson took his life.

The M-4 rifle PFC Hutson used to kill himself, successor to the M-16 of Vietnam fame, allows the shooter, with the flip of a switch, to choose to fire one bullet per trigger pull or three. Nobody knows whether PFC Hutson spent a long time or no time with the rifle barrel in his mouth, but he must have really wanted to be dead, because he chose three shots. The bullets exploded through his brain in sequence. He left his toilet kit in the shower trailer. He still had Clearasil in the bag. Rumor was he’d had trouble sleeping. I didn’t know him.

I heard about his death at breakfast and walked over to his sleeping trailer along with some others. I took a quick look inside and saw the fan spray of blood and brain on the wall, already being washed off by the Bangladeshi contractor cleaning crew KBR had brought to Iraq for the war. The bleach solution they used was smearing more than cleaning, and the Bangladeshis had little stomach to wring out the mop heads all that often. Blood like this smells coppery. Even if you’d never smelled pooled blood before, you didn’t have to learn what it was, you already knew something was wrong in this place, this trailer, this Iraq.

Death does not redeem or disgrace. It is just a mess and no one who deals with it thinks otherwise. Don’t ask poets or pastors, because they do not know that pieces of people still look a lot like people and that extreme violence leaves bodies looking nothing like the bodies you see in open caskets or on TV. In Iraq I saw a girl crushed when a wall collapsed, her face looking like a Halloween pumpkin a few days too late. There was a drowned man in an irrigation ditch, gray and bloated, no eyes. Fish had nibbled them. You saw that stuff in Iraq. It was how war works.

A week before Hutson’s suicide, another soldier lost his life. This soldier, a turret gunner, was killed when his vehicle unsuccessfully tried to pass at thirty-five miles per hour under a too-low bridge. The Army counted deaths by accident as “combat deaths,” while suicides were not. Under a policy followed by George W. Bush and in part by Barack Obama, the families of suicides did not receive a condolence letter from the President. Suicides do not pertain to freedom. They died of the war, but not in the war.

But if distinctions between causes of death were made at the Pentagon, that was not the case on the ground in Iraq. The death of any soldier reverberated through the base This was, after all, a small town, and nobody was left untouched. The comfort of ritual stood in for public expressions of actual feelings, which were kept private and close. And the ritual prescribed by regulation was the same, whether the death was by suicide or in combat. The chapel had rows of chairs set up, much as it would in Hamilton, Ohio, or Marietta, Georgia for a wedding, only at the front of the room was a wooden box, made and brought to Iraq for this purpose, with holes for the US and the unit flag and a slot to stand the deceased’s rifle.

The remains of the deceased were likely already on their way home and not with us. This was not for PFC Hutson anyway, it was for us. The box holding the flags was made of plywood, stained and varnished like paneling, and reminded everyone of a B+ high school wood shop project. The dead man’s boots stood on either side of the rifle, with his helmet on top. It was fitting no one had cleaned the boots, because the presence of the dust and dirt wiped away a lot of the standardization of the ritual. Before the event started, the hum in the room was about future meetings, upcoming operations, food in the chow hall, the workaday talk of soldiers.

There was a program, done up on a word processor, with the official Army photo of the deceased, wearing a clean uniform, posed in front of an American flag— young, so young, you could see a few red pockmarks on the side of his face, a chicken pox scar on his forehead. All these photos showed a vacant stare, same as every high school graduation photo. The printed program was standard fare— some speeches, the chaplain leading the 23rd Psalm, and a final good-bye.

The speeches were strained because the senior officers who feel it important to speak at these events rarely knew, or could know among the many troops under them, the deceased. As with every other briefing they gave, the officers read words someone else wrote for them to give the impression of authority and familiarity. The dead man’s job had something minor to do with radios and most present couldn’t say much beyond that. The eulogy thus rang a bit hollow, but you reminded yourself that the words were not necessarily intended for you alone and that the Colonel may not have been the best man for the job. He was a responsible man, trying hard to do something impossible, and he probably felt bad for his lack of conviction. He did understand more of why we were all here, in Iraq, and that a task had to be done, and that he need not be Pericles or Lincoln to do a decent job of it.

The last speaker was by tradition someone acquainted personally with the deceased, a friend if one could be found, a junior leader or coworker if not. In today’s ceremony, things were especially awkward. The dead man had taken his life and had done so after only a few months in the Army and even less time at this forward operating base in Iraq. Nobody really had befriended him, and this being the third suicide on the base made the whole thing especially grim. The ceremony felt rushed, like an over-rehearsed school play where the best performance had taken place the night before. Not a surprise really; many of the soldiers present were not long from their high schools.

The Army is a simple organization, a vast group of disparate people who come together for their own reasons, live in austere conditions, and exist to commit violence under bewildering circumstances. These ceremonies were how the Army healed itself, left alone in the desert with only a vague idea why any of us were there in a war that had already been going on for seven years. Some of the soldiers in the chapel were eleven years old when the Iraq war started, nine years old when 9/11 happened. This is how wars work.

But sometimes things surprised you, maybe because of low expectations, maybe because every once in a while somebody stood up and said just what needed to be said. A young Captain rose without notes. “I was his team leader but I never really knew him. Brian was new here. He didn’t have no nickname and he didn’t spend much time with us. He played Xbox a lot. We don’t know why he committed suicide. We miss him anyway because he was one of us. That’s all I have to say.”

The word that raised the sentence beyond simple declaration was “anyway.” It was important to believe we all meant something to one another because we were part of this. When it rained, we all got wet. We could hate the war, hate the president, hate the Iraqis, and we did, but we could not hate one another.

The ceremony for PFC Hutson that day ended with the senior enlisted person calling the roll for the dead man’s unit. Each member answered, “Here, Sergeant Major” after his name was called. That was until the name called was the dead man’s. “Brian Hutson?” Silence. “Brian E. Hutson?” Silence. “Private First Class Brian Edward Hutson?” Silence. Brian was not there and almost none of us had known him but yes, today, at this place, we all missed him anyway.

The above is based in part on an excerpt from Peter Van Buren’s book about his year of the Iraq War,We Meant Well: How I Helped Lose the Battle for the Hearts and Minds of the Iraqi People (American Empire Project). The story is true, thought the name of the deceased has been changed.

9 thoughts on “Iraq: What They Died For”